Here is a review for those English speakers in Japan in need of an affordable laptop.

Overall this may possibly be the best laptop on the market as far as the amount of performance for price. I purchased this laptop about a week ago, and since then it has already dropped about 3000 yen. In the U.S. this notebook sells for $450, so it's a bit more expensive in Japan at current exchange rates but still a great deal.

I think it looks great, but I am a fan of simple design. Build quality is good, although it is all plastic making it feel a bit cheap but not weak. The screen has quite a bit of flex, but nothing to worry about since it is very secure at the hinges. It also stays pretty cool when given intensive tasks such as playing modern 3D games such as Dragon Age: Origins on near full graphic settings with most heat concentrated at the bottom left of the laptop, near the vent.

If you've been reading English reviews you may have noticed that there is an issue with screen banding which was fixed in a BIOS update. Out of the box I have not noticed it, so it may already have the later BIOS, although I have not checked the version. When put into battery saving mode though, I've noticed screen quality takes a pretty big dive and it looks as if it drops to 16bit color or has banding issues.

The screen itself is pretty mediocre. Viewing angles are not very wide, and if watching movies from not a near straight on angle dark areas loose almost all detail. However, again for the price I wouldn't expect much more.

I've heard that the 4GB of memory can easily be upgraded to 8GB since Asus only put in one stick taking up one of the two available slots. However, when unscrewing the panel for the memory the lid is still strongly fastened to the laptop body. So it may require a bit of playing around with since I'm guessing it is also secured with plastic tabs. I've noticed the Japanese manual mentions that adding memory voids the warranty, which is not stated in the English version of the manual which is a bit annoying.

CPU performance is pretty good at stock speeds. The quad core can handle almost anything. It hangs a little when loading large applications but plays HD and 3D intensive games smoothly. Although I have not overclocked yet, I'm sure making it a 1.8 or 2.0ghz processor will make modern applications snappy.

The touch pad is nice with multi touch, however the palm protection really doesn't work so well. I still find myself inadvertently highlighting large portions of text while typing which is turn ends up deleting large amounts of text. It's easily solvable with an real mouse and disabling the pad.

One of the biggest drawbacks is that it doesn't have integrated Bluetooth, so you will have to purchase a dongle, which is pretty cheap, if you want to use a Bluetooth mouse or other devices.

So with that being said, the pros heavily outweigh the cons in my opinion and I would recommend this to anyone.

It is installed with the Windows 7 Japanese version. So some Japanese knowledge would be useful. Considering it is a model sold in the U.S. though, installing an English version of Windows and downloading the drivers should be no problem. 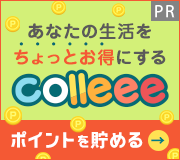